LAWLife for Law and Economy Portal awarded Mr Miloš Nenezić, President of the Serbian Association of Employers (SAE) and Director of Trayal Corporation, the award for the most successful businessman in the Republic of Serbia.

Mr Miloš Nenezić is a long-term businessman with great business results and a real example of how to improve the business environment. He contributed to the improvement of the economic environment in Serbia through his engagement in the Serbian Association of Employers, of which he is the President, the Chamber of Commerce where he is the President of the Assembly, and as a permanent member of the Social and Economic Council of the Republic of Serbia.

As the General Director of Trayal Corporation, he contributed to this company becoming the largest collective in the Rasin District with 1275 workers, four factories, and a tradition of 133 years. In March, of this year, the company distributed 153 new solutions for employment, for the first time in 30 years the company does not have any mortgages, pledges, loans or outstanding debts, and the previous business year ended with a historic sales result of more than 50 million euros.

Mr Nenezić also engaged in changes in the education system as one of the first advocates of dual education and the creation of educational profiles in accordance with the needs of the economy. He also contributed to sports, and as President of FC Napredak, he contributed to raising the club’s reputation, while FC “Trayal” stabilized in the First League, and Karate Club Kruševac won numerous medals at the European and world level. 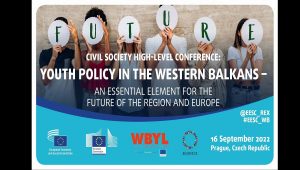 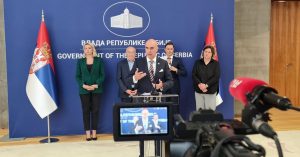 Positions of Serbian Association of Employers were taken into consideration