Mr. Persson is the President of the Confederation of Swedish Enterprises and a member of the Council of Presidents of BusinessEurope, and he has held the position of vice president of this organization since 2020. He will hold this important position for the next two years and he said that he looks forward to the opportunity to continue the great work of his predecessor, Mr. Pierre Gattaz and his contribution to strengthening the voice of millions of small, medium and large enterprises in Europe. The reception was attended by a large number of important dignitaries, and the main speaker was Mr. Johannes Hahn, Commissioner for Finance and Administration.

The President of SAE congratulated Mr. Person on his selection for this important role and underlined the commitment of Serbian Association of Employers to the European employer registry. On the other hand, it is equally important that, as an active member of BusinessEurope, SAE has the opportunity to ensure that the economic reality of countries that are in the process of joining the European Union, such as Serbia, is consistently reflected and integrated into the positions of BusinessEurope. During the term of office of the previous President of BusinessEurope, SAE strengthened its position even more in the European family of employers and came just one step away from full membership. The new President of BusinessEurope underlined that, although Serbia is not a member country of the EU, it has the right to fully participate, because it is located in Europe. In the same way, director Markus Beyrer made a special mention of cooperation with SAE, thus confirming the mutual respect and appreciation of our organizations. 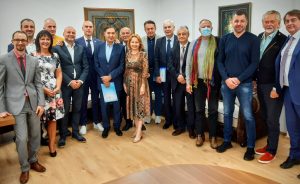 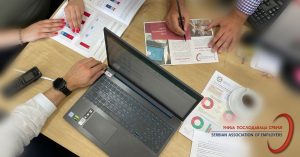 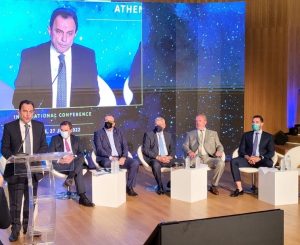