The crisis caused by the Covid-19 pandemic had a moderately negative effect on the activities of companies in Serbia. This is shown by the second round of company surveys, completed in early 2021, conducted by the Serbian Association of Employers (SAE) with the support of the International Labor Organization (ILO).

Almost 90% of the companies surveyed managed to operate during the emergency measures – more than half at full capacity, either at the employer’s premises or through teleworking or remote work.

The research summarizes the key findings of the survey and proposes a series of recommendations based on the most urgent needs of the company.

The sectoral analysis shows that the HORECA sector (hotels and restaurants) still remains most affected by the COVID–19 crisisas well as personal services (due to factors that vary from the measures that affected their ability to do business and whose effects are further deteriorated by their constant changes until consumer demand and purchasing power decline), similar for the duration of emergency measures, when they were unable to operate in their own premises.

70% of Serbian companies reported a decline in revenue compared to the same period in 2019.

The average income shortfall for all Serbian companies was 25%. However, there are large differences in percentages depending on the size of the company. The average revenue loss was the largest in micro-enterprises (31%) and the smallest in large ones, even just 20%. Moreover, as many as 11% of micro-enterprises reported an income shortfall of over 80%, in contrast to large and medium-sized enterprises, where such amounts did not occur. Small businesses did better to a certain extent, with an average decline of 21%, with 67% of businesses report a lack of income.

There is, in fact, no large company that has reported a productivity drop, while 20% of them even noticed an increase. On the other hand, 58% of micro-enterprises reported a decrease in productivity, while the remaining 42% did not report any visible changes regarding the same topic.

Current set of measures against COVID-19 pandemic, taken by the Government of the Republic of Serbia, although welcomed by companies, have generally been too broad, targeting primarily SMEs regardless of sector. Of all respondents, 37% rated them as generally adequate, while 8% of employers said that the given set of measures saved their company. However, one third of all companies assessed the measures in a negative light, stating that the measures were completely inadequate and / or insufficient (10%), or that they could have been better (24%).

Serbian Association of Employers sent a proposal to the Government of Serbia for five new measures to help the economy in the conditions of the continued crisis due to the Covid-19 pandemic. 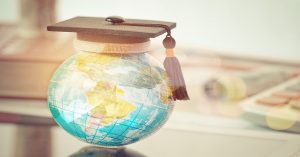 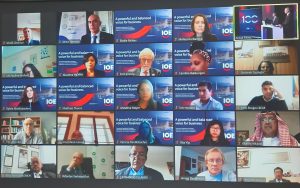 Do diplome i kroz radno iskustvo