On November 25th 2022, a meeting of the Council of Presidents of BusinessEurope (COPRES) was held in Stockholm, at which the Serbian Association of Employers was represented by the Director, Mr Srđan Drobnjaković. The meeting was hosted by the Confederation of Swedish Enterprise, Svenskt Näringsliv, given that Sweden will hold the Presidency of the European Union from January 2023. The great importance of the events organized on that occasion was confirmed by the presence of the Prime Minister of Sweden, the Prince as a representative of the royal family, the Minister for EU Affairs and the European Commissioner for the Internal Market.

The central theme of the event was economic recovery in light of supply shortages and high energy prices, regulatory space in which companies can breathe, long-term competitiveness, growth and employment. Six issues of key importance for the future of millions of small, medium and large European companies that were presented in the Stockholm Declaration were highlighted, with the expectation that they will be given special attention during the Swedish EU presidency. You may find the Declaration in Serbian here.

Employer leaders agreed that in these challenging and uncertain times it is vital that the European business community remains strong and united. To this end, Europe urgently needs a comprehensive competitiveness strategy, which would include ways in which it can work together to build an open and strong Europe, with competitive businesses paving the way for the green and digital transition, while also drawing on Europe’s power to innovate. On the other hand, in order to give the economy space to initiate the green transition, the policy must ensure security of supply in the power system, introduce complete technological neutrality in laws and regulations, and reduce the regulatory burden on companies. In this regard, the President of BusinessEurope, Mr Fredrik Persson, stated: “The Swedish Presidency must join forces with the Commission and the European Parliament to ease the legislative burden on companies, for example by ensuring that future EU due diligence rules are tolerable for larger companies and bearable for SMEs.”

Serbian Association of Employers has been an associate member of BusinessEurope since 2011, despite the fact that the Republic of Serbia is not a member of the European Union. To that extent, the strengthening of relations with BusinessEurope represents an important link in connecting with the EU acquis and strengthening collegial ties with employers from all over Europe. 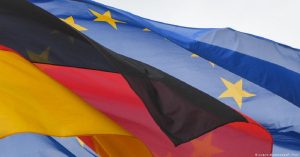 New legal obligation for German companies and their suppliers 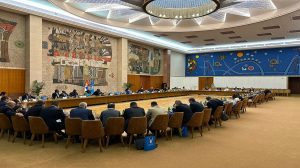 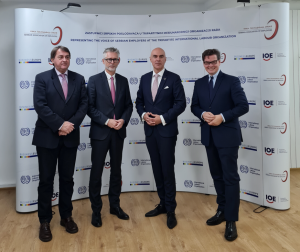